A 45-year-old Indian businessman who allegedly collected $60,000 from a clearing agent under the pretext of securing him a Lexus LX579 vehicle but failed has been remanded into police custody by an Accra Circuit Court.

Mnareswah Singh, charged with defrauding by false pretences, has pleaded not guilty.
The accused person is expected to reappear on December 5, 2022, before the court presided over by Mr Samuel Bright Acquah.

The facts of the case as narrated by Assistant Superintendent of Police (ASP) Maxwell Oppong are that the complainant Francis Cole resides at Tabora in Accra while the accused person resides at Cantonments, Accra.

The prosecution said during the month of September 2021, the complainant wanted a Lexus LX 570 vehicle (2019 model) to buy, and he consulted the accused person who dealt in cars.

It said Singh convinced the complainant that he had the said vehicle in his warehouse in Canada and that if an amount of $60,000 was given to him, he would ship the said car to Ghana for the complainant.

It said Singh then refunded $15,000 to the complainant and went into hiding. All efforts to trace the accused proved futile.

The prosecution said on October 27, 2022, the complainant reported the matter to the Police and on November 15, this year, Singh was arrested.

It said during interrogation, Singh admitted collecting $60,000 but failed to supply the vehicle.
The Prosecution said Singh refunded $5,000. 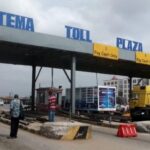 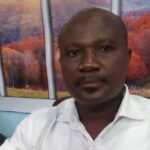