Central Regional Organiser of the 31st December Women’s Movement, Aba Edusah, has kicked against the decision to rename the group by its founder, Nana Konadu Agyeman-Rawlings.

The organisation has been re-christened Developing Women for Mobilisation (DWM). Announcing the change of name to journalists, the former First Lady said: “It is not a complete breakaway or deviation from the vision we started with, but an extension of it.”

She added that regional executives of the organisation had on several occasions deliberated over the change of name.

But speaking on Accra News on Thursday June 22, Ms Edusah said there were no discussions on the name change, insisting the move was a breach of the organisation’s constitution.

She said: “The 31st December Women’s Movement has a constitution and other laid down rules that we work with. The constitution says before the name will be changed, we need to go for congress. It is congress that will take the decision whether or not we should rename the organisation.

“No one individual can wake up one morning and say she has changed the name, it doesn’t work that way. Since it was not congress that decided on the change of name, we won’t recognise the new name that has been introduced.” 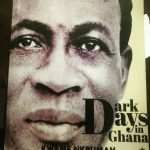