Three Ghanaian Muslim pilgrims, who were part of this year’s Hajj have passed away in Saudi Arabia.

The deceased are made up of two females who reportedly died from natural causes and one male who died due to a medical condition.

Hajia Marian Cissey, Deputy Communications Director for Hajj Board shataid that the relatives of the deceased in Ghana have been informed about the incident and they have given the go-ahead for them to be buried in Saudi Arabia.

A total of 6350 pilgrims moved from Ghana to partake in the pilgrimage this year.
Every year, an average of 6,000 Muslims leaves Ghana to Saudi Arabia for Hajj, but this has not been without some challenges and unfortunate experiences.

The Hajj is an annual Islamic pilgrimage to Mecca, and a mandatory religious duty for Muslims that must be carried out at least once in their lifetime. 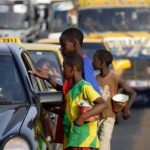 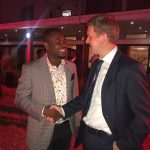