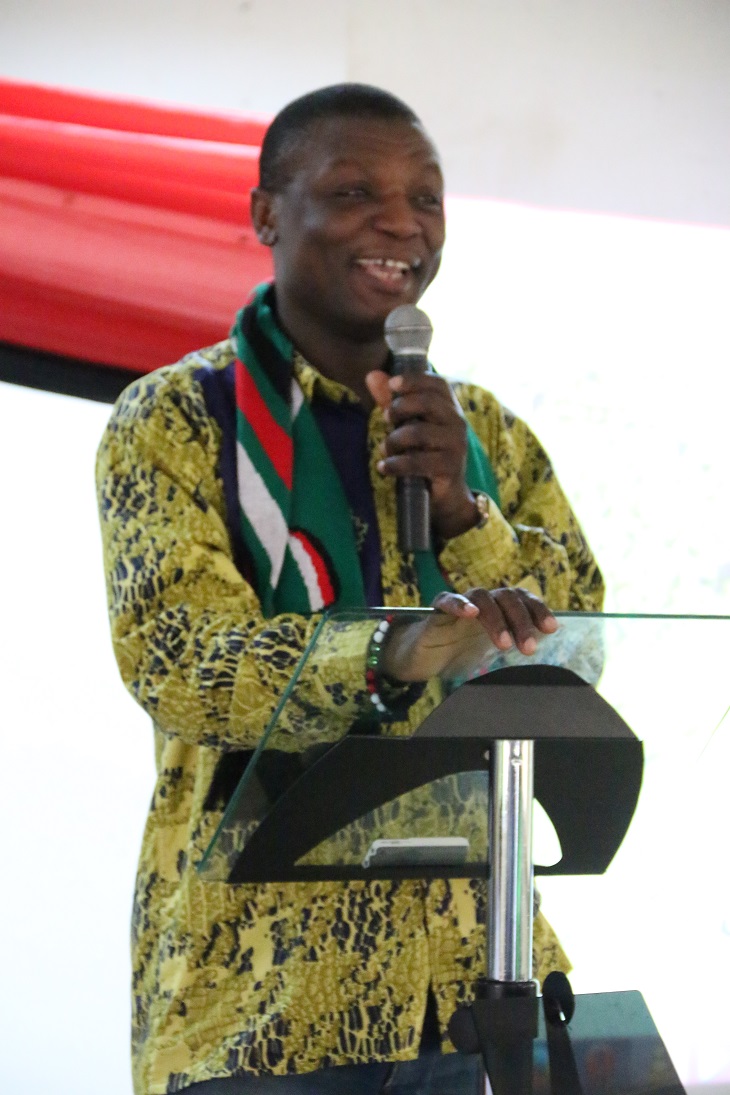 National Organizer of the ruling National Democratic Congress NDC, Mr. Kofi Adams, has asked Ghanaians to be alert, wake up, and be very worried about strange people coming to them because, opposition party, NPP, intends to visit terrorists on the people of Ghana.

Speaking on Radio Gold, Kofi Adams, said that, “Those who are listening to me should tell those who are not listening that NPP intends to visit terror on Ghanaians — so whenever they doubt anyone they should quickly report the person to the police. ”

The National Organizer, speaking on the recent arrest by Ghana’s Bureau of National Investigations (BNI) of three South African ex-police officers for security-related offenses in the country, added that, NPP cannot be trusted with the continuous lies since the issue on the S3 came up.

According to Mr Adams, he’s worried but at the same time happy that at least the security agencies have been able to deal with the issue.

Comparing South Africa to Ghana, he said that South Africa cannot pride itself for having the best police who knows how to control crowd than Ghana; because, even workers’-demonstrations and minor demonstrations, they shoot at humans.

“NPP claims they brought the people purposely for crowd control; I am aware that even minor demonstrations the South African police shoot on sight! Shoot directly at humans – killing them! So I would like to know if that’s the type of training they are coming to give to the opposition – is that why they have been imported?”

Again the ever audacious Adams posited, “Nana Addo cannot be tried because he has been tried too many times and have failed. Most of the things we blame president Kufuor for; most of the wrongs were caused by Nana Addo’s incompetency!”

Ending, he added, “Nana Addo failed as the Minister of Justice and Attorney General, and also failed as Former Foreign Minister when he could not account for over 40 diplomatic passports which were later found in the hands of people to be arrested as drug dealers.”

Mr Akuffo Addo has also failed as leader of NPP. How and why should we entrust Ghana into his hands?

The three South Africans who have been arrested has created lots of controversy in the country. They are: Major Ahmed Shaik (Rtd), 54; Warrant Officer Denver Dwahye, 33, and Captain Mlungiseli Jokani, 45. They were picked up at the El-Capitano Hotel where they had been based since arriving in the country

Related Items:
Share
Tweet
Share
Share
Email
Akufo Addo’s South African Commandos needless – Irbard Ibrahim
THESE NAMES WERE ON A PAPER FOUND IN THE POCKET OF ONE OF THE THREE SOUTH AFRICAN MERCENARIES
To Top