President John Mahama has assured the world that Ghana will this year consolidate its democratic credentials through a peaceful poll to elect people to lead the country.

“I believe and I’m sure all of us have faith that this democratic journey that Ghana is on will continue successfully. We will have an election; there will be no violence. We will go and make our decision known,” he said.

Speaking at a 31st watch night service at the Living Streams Ministries in Accra to usher in 2016, he said Ghana continues to be an island of peace courtesy the intercessory prayers of its religious leaders.

The President said Ghana, unlike other countries in the region, has enjoyed the peace and stability; something he said the people should appreciate and thank God for.

“The fact that we sleep and wake up and we don’t have to run away from our country and be displaced because of acts of violence is something that we must appreciate and pray for,” he stated.

He added: “2016 is an election year, may God continue to grant us peace. Let’s learn to count our blessings” considering what war has done to some countries in the sub region.

President Mahama also said he believes in Ghana’s future and that the country will be great and strong, hence urged the people to shun pessimism and be pessimistic about the future.

He used the workings of ants to illustrate how the contribution of each and every Ghanaian matters in developing the nation, saying “Every single person matters. Everybody has a role in this country. From the President right down to whoever you consider the lowest denominator”.

He said often, people look at other countries and wonder why Ghana cannot be develop like those countries to the extent that some people even say, “as for Ghana, nothing can happen here. We should even have remained under the colonialists.”

To those people, the President said: “We can be like that country only if we believe that our country can be like them… If all of us believe we can do it this nation will get there.”

“All the nations that have reached where we admire and we think are advanced started from where we also started. Some of those nations are 300 years old. Ghana is 58 years. I’m sure when they were 58 years if you went and saw the conditions in those countries they will not be similar to what it is in Ghana. Ghana probably has made more progress in 58 than they made in 58 years of their lives,” he pointed out. 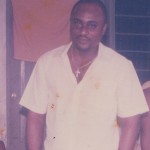