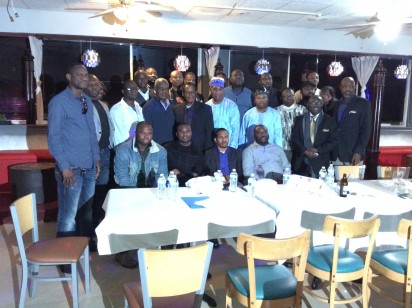 Ahead of the 2016 Ondo governorship election, the ‎support base of the senator representing Ondo North and All Progressives Congress (APC) governorship aspirant, Prof. Ajayi Boroffice, has gotten a major boost, as the Ondo State Association Atlanta and Boroffice Support Group in Atlanta Georgia, have thrown their weight behind Boroffice.

Senator Boroffice and his entourage participated in a recent strategic consultative sessions with the Ondo State Association Atlanta (OSAA) and the Boroffice Support Group in Atlanta Georgia, United States of America (USA).

The meeting with OSAA  was hosted by its Ex-Officio, Mr Rufus Oladapo, had in attendance: the President, Prince Martins Olagbeg; Vice President, Tayo Idowu; Secretary, Sola Olorunsola‎; members of the executive committee and other members of the association.

A statement by his Media Assistant, Kayode Adeniyi, said the consensus reached at the consultative sessions was that ‎Ondo State is blessed with huge potentials and resources that are yet to be properly harnessed and channeled to productive ventures.

Participants at the two separate events agreed that the 2016 Ondo governorship election offers a fresh window to the people to exercise their franchise rights that would ultimately determine their welfare and the future of Ondo State.

They passed a unanimous verdict of confidence on Senator Boroffice, with special emphasis on his charitable antecedents and proven commitment, to lead Ondo State to the greatness it deserves. 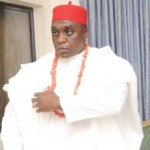