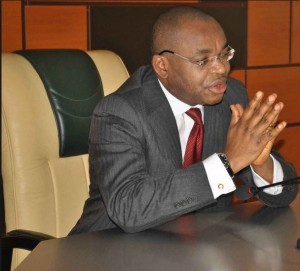 Uyo—FOLLOWING the drop in the revenue from federation allocation to states in the country, Akwa Ibom State House of Assembly has advised the various ministries, departments and agencies of government to prioritize the items on their budget proposals that will generate revenue for the state.

Chairman, House Committee on Finance and Appropriations, Mr. Usoro Akpanusoh, gave the advice, yesterday, during the 2016 budget defence organised by his committee for the 57 MDAs in the state.

This came as most of the MDAs demanded for increase in the vote appropriated for them for year 2016 while making their presentations during the budget defense.

Akpanusoh appealed to them to understand the current economic situation in the country and ensure judicious use of the funds allocated to the items in their proposals for the effective implementation of the 2016 budget.

He said, “My appeal is that you should prioritize items on your budget. There is no need asking for more allocation of funds especially when you are not sure that you will access all during the fiscal year.”

He said that with the drop in the oil revenue, the state was seeking other ways of improving its internally generated revenue to fund the 2016 budget.