The Office of Nana Akufo-Addo has taken note of the comment by the president His Excellency John Dramani Mahama in an interview he granted to TV3 in the early hours of today where he sought to challenge the flagbearer of the New Patriotic Party for the 2016 elections to a one-on-one debate.

We are amazed that the president, instead of focusing on managing the affairs of the nation he is sinking, has decided to call for a debate; another avenue to steal ideas from Nana Akufo-Addo.

We were in this country when the NPP promised to deliver free education at the secondary school level to the people of Ghana. The National Democratic Congress, typical of it, condemned the policy and presented it as impossible.

Today, we are all living witnesses to the poor nature the government under incompetent Mahama has managed this all-important policy it had stolen from the NPP. Obviously, the implementation was meant to attract votes hence its bad nature.

The National Health Insurance Scheme is collapsing under the incompetence of John Mahama the president, and instead of focusing on how to salvage the situation, is calling for another talk show.

We want to state emphatically that, the flagbearer of the NPP Nana Addo Dankwa Akufo-Addo will not honour any such trivial call by the president.

We shall, as a political party, put our manifesto out to the Ghanaian public for assessment, the basis upon which we will be contesting the 2016 elections. We shall not badge to any call to speak because a candidate into the election who doubles as the president lacks ideas and needs some to steal.

We wish to encourage all NPP members to disregard discussions to that effect and focus on delivering victory for the NPP in the 2016 elections. The people of Ghana deserve better and we must ensure we take power to salvage the sinking image of Ghana from the quagmire this incompetent Mahama administration had plunged it. 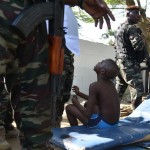