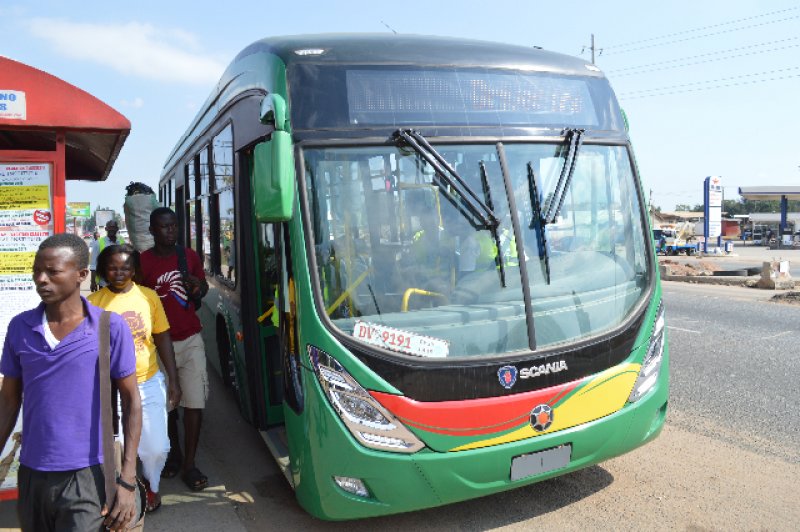 Two people have been reported missing with at least three others injured after a trotro vehicle veered off the Kpeshie Bridge into the Teshie Lagoon in Accra.

The accident happened at 4:00 am Friday when the vehicle was on its way to the Kofi Annan Peacekeeping Training Centre.
Eyewitnesses said that the vehicle, upon reaching the Kpeshie Bridge, veered off its lane to the other lane and plunged into the Teshie Lagoon.

A towing truck managed to pull the vehicle out of the water about nine hours later.
Three people, including the driver and the mate, were found in the vehicle with injuries.

They have since been taken to the 37 Military Hospital for treatment.
However, the two others are yet to be found.
READ ALSO: Kotoko involved in fatal road accident at Nkawkaw
As at the time of filing this story, police had arrived at the scene to ascertain what caused the accident.