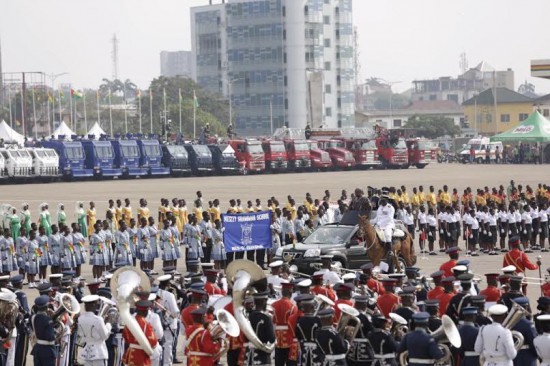 President John Mahama has said Ghana’s failures and successes belong to every citizen and has, thus, urged Ghanaians to put their nation first and foster unity in moving the country forward.

Speaking at the 59th anniversary of Ghana’s independence at the Black Star Square in Accra, Mr Mahama said: “The successes and failures of this nation belong to all of us because this country is for all of us and we can each choose to play a role, no matter how seemingly minor, in moving our dear nation forward.”

“We must invest ourselves not only in the achievements our nation has chalked, but also in the challenges because each of us is the face of Ghana. When Kofi Annan was named Secretary General of the UN, the world knew him as a Ghanaian, the first black African to ever hold that title and we all took pride in our native son.

“When Wole Soyinka won the Nobel prize for literature, he belonged to all of Africa, not just Nigeria, and when Lupita Nyong’o won the Academy Award, she was holding that Oscar for all of Africa, not just for Kenya, and, so, when 14-year-old Abraham Attah won the Independent Spirit Award, he was not just representing his country, he was being applauded by all of Africa, though I’m sure we applauded the loudest because he is one of us and he is a face of our proud country Ghana,” Mr Mahama told the anniversary celebration, which was honoured by Kenyan president Uhuru Kenyatta and President of Guinea Bissau José Mário Vaz, as well as former Ghanaian presidents John Rawlings and John Kufuor.

Illustrating further the need for unity as a country, Mr Mahama said: “When the Black Stars were the only surviving African team in the 2010 world cup in South Africa, every African became a Ghanaian and supported the Black Stars strongly. This is the pride and unity we must foster in ourselves every day. Certainly, there remains much more work to be done and certainly we will have our differing political views on the best way to do that work, but we must use those discussions to strengthen who we are as one nation and to find solutions to the challenges that face us.”

“We cannot encourage conversations and activities that are meant to discourage us, to divide us, to weaken our morale or limit our potential in this particular moment, or to quote a popularly expression, we cannot afford to cut our nose to spite our face. Not when so many have sacrificed so much for us to succeed. Not when there are children watching and waiting to follow in the footsteps of our heroes,” Mr Mahama added. 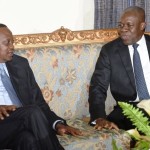