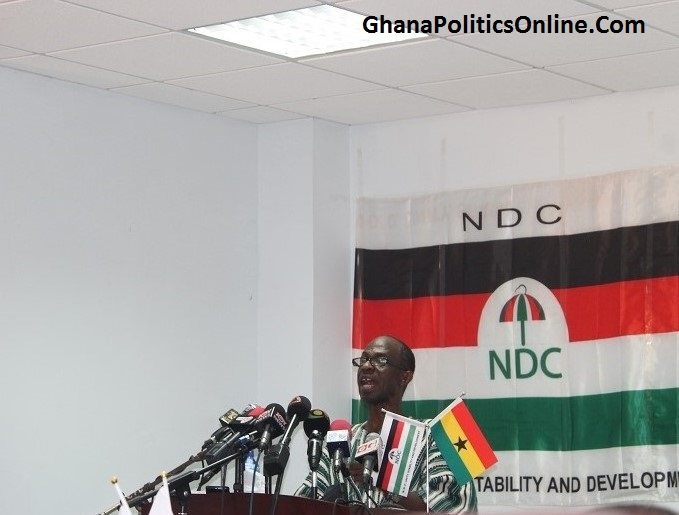 The General Secretary of the incumbent National Democratic Congress (NDC), Johnson Asiedu Nketia, has dismissed assertions by NPP Flagbearer, Nana Akufo-Addo, that achievements enumerated by President Mahama in his State of the Nation Address, particularly on the construction of the Salaga Hospital were false.

The President in delivering what he termed evidence-based state of the nation address, listed several achievements in various sectors of the economy including health, where he mentioned some ongoing infrastructural projects to improve access to healthcare.

The President mentioned for instance, that work is progressing on the 60-bed District Hospital at Salaga in the Northern Region.

“Additionally, work is at various stages of completion on 13 district hospitals to bring health services closer to our people. These include 120-bed facilities at Dodowa, Fomena, Kumawu, Abetifi, Garu-Tempane, Sekondi and in Takoradi where the old European hospital is being refurbished. We are also constructing 60-bed hospitals at Tepa, Nsawkaw, Konongo, Madina, Salaga and Twifo-Praso,” said the President.

But speaking at the opposition New Patriotic Party’s (NPP) version of what it called the ‘Real State of the Nation Address’, Nana Addo said the Salaga Hospital project had been abandoned contrary to the President’s claims.

“…Far from the work progressing on the 60-bed district hospital in Salaga as the President claimed, those who live in that community describe the site as “fenced, locked and abandoned,”Nana Addo said.

According to him, he visited the Salaga Hospital project site on Monday together with the MP and some other officials, while they were in the town for a funeral, and that the project was indeed progressing.

Mr. Asiedu Nketia proved his point by making available to journalists at a news conference, pictures of his visit to the site to show that the construction is indeed on course.

The pictures however did not show workers on site.

“I went there because I wanted a proof of the fact that the site was just fenced and there was a heap of sand there as Nana Addo was claiming …I went there with the MP of Salaga, with the Regional Minister and with the Police Department that was escorting the Regional Minister and we filmed the whole place and that is the story we put out for people to know and for Nana Addo to know that if they are relying on information by his propagandists then he is threading on dangerous grounds; because what we saw there was an exact opposite of what he sought to portray in his true state of the nation’s address and what we saw vindicated the President’s assertion that there was a 60-bed hospital construction in Salaga.”

“Some parts of the hospital have progressed to roofing stage, it is a massive project site and I am surprised anybody will describe that place as just abandoned with just a heap of sand; because actual construction has taken place” he insisted.