The Ghana Police Administration, has denied the wicked and malicious lies circulating in the public domain that, the name of Presidential Staffer, Stan Dogbe, and other political personalities, have been mentioned in connection with the murder of the Member of Parliament (MP) for Abuakwa North, Joseph Boakye Danquah-Adu.

The foulmouthed New Patriotic Party (NPP) MP for Assin North, Kennedy Agyapong, is reported to be the first person to have authored the wicked lies on his collapsing radio station; Oman FM, shortly after the arrest of Daniel Asiedu, who has confessed to killing Mr. Danquah-Adu.

It is not clear, where Kennedy Agyapong, got the information that Stan Dogbe, was behind the murder.http://ghanapoliticsonline.com

Interestingly, the same Assin North MP, had earlier boasted about been one of the first persons to have gotten wind of the murder of his colleague and rushed to the Nima residence of NPP Flagbearer, Nana Akufo-Addo, to break the news to him and others, after waking up the opposition leader from bed.

The Director of Public Affairs, Cephas Arthur, in a statement issued on Saturday said that “the Police can state on authority that the suspect has never mentioned Mr. Stan Dogbe or any politician’s name as at now”.

He cautioned “the public to desist from dangerous lies and half truths, since they have the potential of jeopardizing the investigation process”.

Police Superintendent Arthur, also denied the Police Administration, has issued statement on the result of the investigation been conducted so far on the MP’s murder, and therefore, dissociates itself from stories being peddled regarding the interrogation of the suspect.

He entreated the public to desist from acts that border on criminality, as anyone arrested, would be made to face the full rigours of the law.http://ghanapoliticsonline.com

Stan Dogbe, himself has described as “false, malicious and wicked” reports that he is complicit in the murder of New Patriotic Party (NPP) MP for Abuakwa North.

According to Mr. Dogbe, hours after the incident, rumours of him having a hand in the MP’s death, were making rounds on social media platforms; Facebook and WhatsApp with some political opponents also making comments to that effect on some media platforms.

In a statement he released on Saturday, he disclosed that, he has asked his lawyers to pursue the matter to clear his name.

The NPP MP was killed on Tuesday dawn at his residence at Shiashi in Accra, where he lived with his family. A young man, suspected to have stabbed the MP, was arrested by the police last Thursday.

He is currently in the custody of the Bureau of National Investigations (BNI), who are interrogating him to establish the motive of his action and who his accomplices are if any.

Meanwhile, the MP’s private security guard, who was arrested for his suspected role in the killing, has been granted police enquiry bail. Deputy Interior Minister, James Agalga, revealed this to Citi FM, on the station’s news and current affairs analysis programme ‘The Big Issue’ on Saturday.

The man whose real identity remains unknown, was arrested as a suspect together with five others. The five others, mostly persons who lived in the same house with the MP, were discharged shortly after they were invited for questioning.

Mr. Stan Dogbe’s statement reads: My attention has been drawn to series of deliberately concocted stories being circulated via WhatsApp and Facebook, and which have found their way into mainstream media. I wish to state unequivocally that the claims in those false write-ups being described as news stories are not only false, wicked and malicious, but are also reckless attempts by some political actors to rely on the dissemination of deliberately concocted stories as we head into the November General Elections. I have instructed my lawyers to request and review audio recordings, stories by some mainstream media houses and also the posts of persons on Facebook who have made similar claims against my person.

I have never sent a threatening SMS or message to anybody involved in this matter and have no dealings whatsoever with any such persons.

I have not been contacted by any security agency or officer in connection with any criminal act involving the murder of anybody. While I am aware of the disappointing political climate our opponents continue to build ahead of the elections, and while noting that my boss, the President of the Republic of Ghana, has himself suffered many of these deliberately concocted stories, I do also believe that the leadership of the opposition must sit up and focus on the alternatives that they can provide the people of Ghana as against the Life Changing and Transformative Agenda of HE John Dramani Mahama.

These concocted stories and their image-denting actions- a sad and negative use of social media will not in any way cow my colleagues and I. We are not ignorant of the attempt to undermine the trust that the Ghanaian people have in the Government of President John Dramani Mahama. We will remain focused and deliver on our agenda of #ChangingLives and #TransformingGhana. 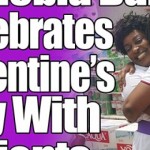