A sandal of the assailant who is suspected to have stabbed Abuakwa North MP, Joseph Boakye Danquah Adu, to death has been found.

The unknown killer was fleeing the scene of the murder which was committed upstairs and hopped out of the house. He jumped off a polytank close to the wall behind the Shiashie home of the slain politician when the sandal fell off, Abuakwa South MP Samuel Atta Akyea told Joy FM’s Top Story.

The blood stained footprints on the wall can be spotted, tracing the assailants escape as security men stood helplessly during the attack.

JB Danquah Adu was stabbed first in the rib while he slept in bed, his brother George Twum Barimah told Atta Akyea.

After some moments of resistance a second stab in the abdomen sealed his fate. 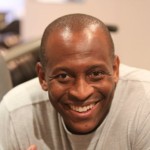