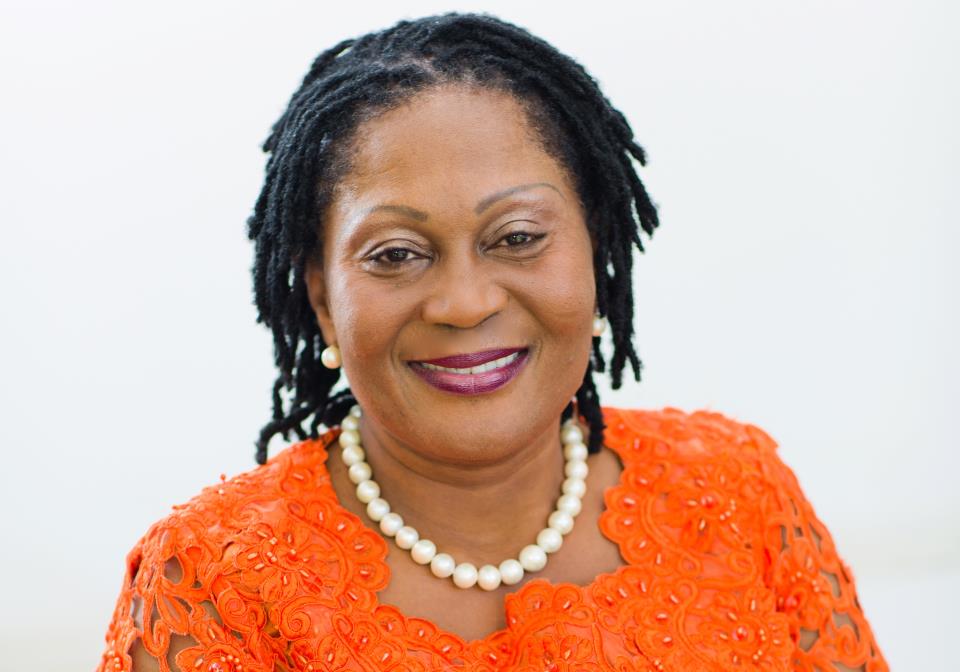 The First Lady, Mrs. Lordina Mahama says she has taken a serious view of attempts by ‘The New Statesman’ newspaper, its Editor and Publishers to defame her in their publication of Wednesday, 27th January 2016 and has therefore written to the National Media Commission (NMC) seeking them to right the wrong that has been done to her.

The defamatory news item, which was captured on the second page of the newspaper had the heading “New Juabeng MP fingers Mahama, Lordina in DKM scam”
In a letter to the NMC through her lawyers, AB&M Legal Consult, Mrs. Mahama is demanding an apology, an undertaking not to repeat the defamatory matter and punitive measures against the editor.

‘Our client’s attention has been drawn to the Wednesday, 27th January 2016, publication of the New Statesman. On page 2 of the said newspaper, a story entitled “New Juabeng MP fingers Mahama, Lordina in DKM scam” was published and widely circulated. The story contained defamatory and misleading materials affection the Petitioner. A copy of the publication is attached to this petition
The New Statesman purporting the reporting on claims made by the New Juabeng MP, Dr. Assibey Yeboah published, among others, the following against our client.

Para 2 “(t)he people of Brong Ahafo Region should heap the mess at the doorsteps of President Mahama and the First Lady because they were aware of the illegality and even boasted about the existence of DKM, Jester Motor, God is Love and others.”
Para 6″…President John Mahama and his wife were at a point in time boasting and campaigning that, his government brought DKM and others which is helping boost the economy of the Brong Ahafo Region.
Para 7 “…President Mahama, the First Lady and Bank of Ghana knew very well what was happening in the region but did nothing to stop DKM and others from siphoning the people’s money.”
Para 8 * “…certain statements and testimonies from the President and his wife whipped people’s interest in withdrawing their monies from the commercial banks to invest in DKM for astronomical return on investments.”
Para 12 “There is no way President Mahama and the First Lady can be exonerated from this mess. They caused it and they must pay dearly for it.”

In their natural and ordinary meaning, the said words meant and were understood to mean that:

Before publishing these defamatory and misleading statements of and about the Petitioner the Respondents contrary to the Code of Conduct of the Ghana Journalists Association and general journalistic standards neglected or failed to crosscheck their facts with our client.
By this publication the Respondents failed to strive for truth and accuracy; constituted themselves into a platform for the spreading of untruth; failed to follow fair procedures and honesty in publishing material; and failed or neglected to respect the Petitioner’s legal right to her good name. The Petitioner says that the publication was designed to cause her prejudice or stir up hatred against her.
The Petitioner further says that their conduct, among others, breaches Article 1 of the GJA Code of Ethics.
By their conduct the Respondents have exposed our client to public ridicule, and caused her considerable embarrassment. And being aggrieved by their conduct our client is requesting the Media Commission to:

1. Require the Respondent to render an unqualified apology on the front page of the New Statesman newspaper and its corresponding online publication with due and equal prominence as given the false publication under reference:
2. Make an undertaking not to ever publish the words complained of:
3. Institution disciplinary action against the Editor of the New Statesman for breach of articles 1 and 5 (iii) of the Ghana Journalists Association code of Ethics.