Minority Leader Osei Kyei-Mensah-Bonsu has declared that the opposition New Patriotic Party’s triumph at the polls in November is not far from sight.

The Suame MP stated that the party had set the tone for victory in November 2016 with the religious unity it had displayed within its ranks.

The Nasara Club is the party’s wing, which rallies Muslims and people of northern extraction living in settler communities (zongos) across the country.

According to him, the NPP had given consideration to the presence of the country’s two foremost religions, Islam and Christianity. For that reason, he said, the NPP had been consistent since 1992 – except for 1996, when the NPP formed an alliance with the People’s Convention Party – in partnering a Christian flagbearer with a Muslim running mate. He was confident that in the near future, the NPP will be the first political party to present a Muslim as presidential candidate, during which time, he will expect that a Christian will be named as running mate.

He told the crowd: “With today’s meeting here, the victory of the party in 2016 has started. We have begun today, the party’s impending victory at the polls in 2016. The two main religions in the country give us a good foundation to begin this effort in very solid fashion.”

He said Ghana was in a period of hardship, due to corrupt practices and mismanagement by those at the helm of affairs. “The standard of living is falling; the cost of living is rising. Poverty and hardship beckon, while governance is weak. It would be an understatement to say there is corruption in the country. It is theft, naked theft that this government is visiting on the country.”

He, however, warned that the state of affairs, notwithstanding, power would not automatically be clenched by the NPP until members joined forces in securing victory at the polls in November.

“In every facet of our national life – health, school, roads – whatever project it is, this government robs the nation. If we want to remove this government from power, then hard work and tenacity are what we need. The inefficiencies of this government will not win us power. If we sit idle and watch them underperform, power will not fall into our hands, unless we unite and hit the streets and preach the message to the electorate, as we are doing now. It is until we sell the message to Christians and Muslims to unite that we can free ourselves from this bondage,” the MP directed. 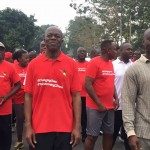 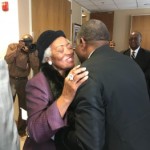