According to a source, the sack was a result of the alleged failure of the service in addressing the alarming rates of inferno in the State.

The source said the governor was not happy over the way and manner houses were being destroyed by fire in the state without the intervention of the fire service.

“The governor procured fire fighting vehicles for the fire stations on assumption of office to save lives and properties, but failure of the fire service to live up to its responsibilities led to the sack of the management staff”

“The sack is to serve as a deterrent to others as well as to ensure productivity in the system,” the source added.

According to a another source in the fire service who pleaded for anonymity, the director of the fire station was among those whose appointment was terminated along with his deputy.

In the meantime, the residence of an APC chieftain and a commissioner nominee, Alhaji Barau Ningi in Bauchi metropolis, was recently destroyed by fire.

According to residents of the area, the fire was as a result of an electrical fault with no fire fighting vehicle seen at the scene.

The victim Ningi had told the state assembly that he was lucky to escape with his documents kept inside the vehicle in preparatory to his screening as commissioner nominee.

Reacting to the incident, the fire service information officer Abubakar Bala said that he could not confirm the development at the moment and that the station will make it position known later. 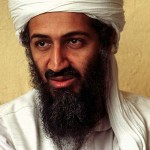