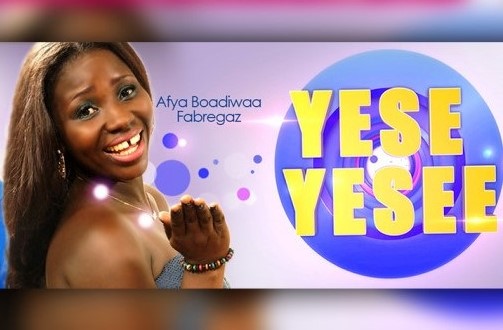 MzzFab, who is the host of the talk-of-the-town show, ‘Yese Yese,’ assures that there wouldn’t be too much change in the channels programming for this year. Also, the ‘Yese Yese’ show, would this year, invite well informed resource persons to discuss and debate on topical issues in the society.

Though ‘Yese Yese’ has been on Care TV – which is a free to air digital channel, for 3 months, it has generated enough buzz across the country. Fab as her name is sometimes shortened to, is very hopeful at taking the show to a higher rung.

According to Afia, the secret of her being able to garner many fans within a short possible of time has to do with hard work and focus; as well as support from her management and production team. She used the opportunity to thank Care TV Fans.

‘Yese Yese’ runs on Care TV Tuesdays and Thursdays at 8-10 pm prompt. Make a date with Fab as she serves you with witty and compelling show on Care TV – a new station that is gradually becoming a must watch for most Ghanaian homes due to their rich content and precision in broadcasting.