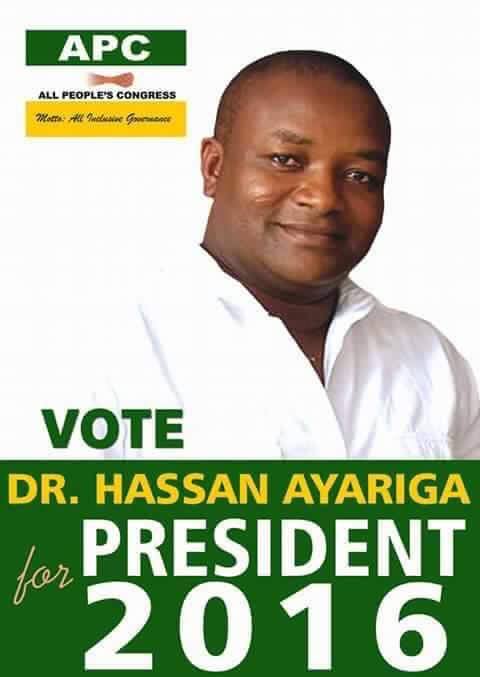 The Peoples National Convention (PNC) has initiated moves to get its former Presidential Candidate, Hassan Ayariga to abandon his plans to launch his own political party.

“I have sent messages to our former flagbearer, I have tried to call him but he has not been able to respond to the calls and I do hope that he returns them so we can talk,” National Chairman of the PNC, Bernard Mornah told Joy News.

Hassan Ayariga is set to launch his own political party, All People’s Congress (APC ) this week to contest in the 2016 Presidential race.

His move is believed to have been triggered by his defeat at the People’s National Convention (PNC) presidential primary last year.

He was unseated by Dr Edward Mahama at the party’s congress on 12th December 2015 in Wa.

The PNC had hinted soon after the congress that Mr Ayariga was going round constituencies asking the party’s executives to endorse forms meant for the formation of a new political party.

The party warned of stiff sanctions to its members who endorsed or assisted Ayariga to form a breakaway party.

But Mr Ayariga has already picked up certification forms from the electoral commission and established offices in 170 districts across the country.

Some membership forms of the APC have Mr Ayariga listed as the Supreme Leader of the yet to be launched party.

The National Chairman of the PNC says as far as he is concerned, there is no new political party formed by Ayariga yet.

“I see PNC in him. As far as I am concerned there isn’t any new political party being formed, but if there is any idea or sort of forming one, I think that it is ill- advised and it is time to work together,” he stated.

He urged the PNC former flagbearer to ‘sit with executives of the PNC and resolve any issues and work together’.

“I have insisted that it is time for him to realise that when Dr Edward Mahama lost to him, Doctor did not break away, he stayed, he may not have campaigned but he was within the party. We are one family and should sit down and resolve whatever it is,” he added.

He advised Mr Ayariga to take a cue from the unsuccessful efforts of individuals who broke away from other mother political parties in the Forth Republic of Ghana. 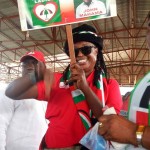