The Minister of Trade and Industry, Alan Kyeremanteng has announced that one hundred and fifty (150) and foreign investors have submitted applications to the government to establish factories under the one-district, one-factory policy initiative.

The minister was speaking at a forum on the one-district, one-factory policy organised by the Ghana National Chamber of Commerce (GNCC).

He some have presented business plans and others have also expressed interest for one of the flagship programmes of the Nana Addo-led government.

The policy which seeks to create at least one factory in each of the 216 districts in the country will be driven by the private sector, with the government playing facilitating and supervisory roles.

He added that a promoter must present an expression of interest, incorporate a limited liability company and also solicit funding for the establishment of the factory.

He added that if government partnered with any promoter, the government will not invest more than 30 per cent of the equity in the factory.

“As a general rule, the investment will be between $1 and $5 million. The bigger, the better,” he said.

He assured potential investors that the government will provide some incentives for the investors. He said this will include improved roads, reliable energy, tax exemptions, subsidies and facilitation of projects. 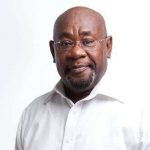