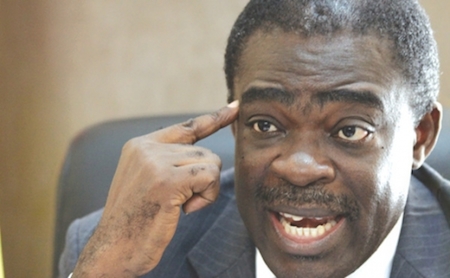 The General Secretary of the Christian Council of Ghana has charged prophets in the country to stop confusing Ghanaians with their prophecies because they will only end up causing fear and panic.

According to Rev. Dr. Kwabena Opuni-Frimpong, all the issues they are prophesying about are issues the Bible has already said will happen and “so it is no news”.

He was reacting to prophecies by some prophets in the country, most notably the Founder and Leader of the Glorious Word and Power Ministry International, Rev Isaac Owusu Bempah.

The controversial man of God has prophesied that certain persons close to the flagbearer of the NPP, Nana Akufo-Addo, are planning to kill him.

His prophecies have been criticized by some Ghanaians and other men of God who say he has never prophesied something good about the country.

But Rev Bempah speaking on Adom FM said he prophesies what God shows him and not what would please the pastors and Ghanaians.

Rev Owusu Bempah also prophesied of an impending coup d’état in Ghana in the course of the year which would lead to a postponement of the country’s election date.

But Dr Opuni Frimpong speaking on an Accra based radio station Tuesday urged Ghanaians to pray to avert such prophecies which will only end up causing fear and panic.

“Pray and don’t pay attention to these predictions from these prophets because for me predictions are like lotto numbers and anyone at all can predict” he stated.

He wondered why the prophets do not consult other men of God to pray fervently on their predictions if God reveals it to them.

“When God reveals to them they need to consult some other big pastors before bringing it to the public. They are confusing the nation” he asserted.

But Rev Owusu Bempah reacting to the issue said he made those prophecies in his church and did not intend to confuse the public.

He rather urged the Christian Council to encourage prophets who have received messages from God and not discourage them.