A thousand and one workers of the Electricity Company of Ghana (ECG) are in court to challenge moves to hand over the operations of the company to a concessionaire without any redundancy package for them.

They are urging the Labour Division of the High Court to declare that sending ECG workers, including the plaintiffs, on permanent transfer constitutes a redundancy.

Mr Benedict Kanose, a worker of the ECG, is leading the workers as the first plaintiff, while the Public Utilities Workers Union (PUWU) is the second plaintiff, with the ECG, the Attorney-General and the Millennium Development Authority (MiDA) as the defendants.

The workers are also asking for a declaration that the decision by the Minister of Energy to conduct redundancy negotiations with individual employees of the ECG, including the plaintiffs, is illegal and constitutes a gross violation of Section 65 of the Labour Act.

That section of the Labour Act requires that negotiations for redundancy pay must be conducted between the employer and the workers union, among other provisions, and also constitutes unlawful interference with trade union activities.

The plaintiffs are praying for an order directed at the defendants to comply with the provisions of the Labour Act, go through the proper redundancy process as laid down in Ghana’s laws and pay the plaintiffs redundancy pay (severance package) in accordance with the stipulation in the law and the collective agreement between the workers and the ECG.

They are also seeking a perpetual injunction to restrain the defendants, their assigns and privies from continuing with the Compact Agreement between the government of Ghana and the Millennium Challenge Corporation (MCC) on August 5, 2014 for the reform of the electricity distribution sector of Ghana by, among other issues, appointing a concessionaire to take over the distribution of electricity from the ECG and related agreements.

A further declaration that the failure of the ECG and the Attorney-General to declare a redundancy in the ECG, pursuant to their plans to hand over the business of the ECG to a concessionaire, constitutes a breach of the contract of employment between the plaintiffs and the ECG is also being sought.

Damages for breach of contract, costs, including solicitor’s fees, and other reliefs are also being sought by the defendants.

According to the statement of claim accompanying the writ of summons, the government entered into an MCC on August 5, 2014 with the United States of America (USA), acting through the MCC, to make momentous changes in the electricity distribution sector in Ghana.

The compact is to fund the project with $469.3 million, while the government of Ghana has the principal responsibility to oversee the management and implementation of the programme in a way as to benefit the people of Ghana to ensure that the process of implementation does not cause hardships and unwarranted disruption to Ghanaians, starting with the workers of the ECG.

The government is also expected to fund 7.5 per cent of the project cost.

According to the statement, per the terms of the compact agreement, workers of the ECG were to be transferred to the concessionaire for the duration of the term of the contract of the concession, which was expected to last 20 years.

It said the Minister of Energy introduced the term “Grandfathering” as the approach which would be used to transfer workers to the new company, but the minister failed to explain further, as promised.

It said the Attorney-General, through the Minister of Energy, recently departed from the proposed ‘grandfathering’ and stated that the government was willing to pay a redundancy package to those employees of the ECG who wanted to leave.

The statement of claim further noted that the call on the workers to come individually to negotiate their redundancy package was a flagrant violation of the labour law, since it interfered with lawful trade union activities.

It is also arguing that the move was an attempt to divide the front of the workers union, which has the task of representing workers.

It said the ‘grandfathering’ arrangement had the effect of severing the legal relationship between the ECG workers and the ECG as contemplated in the Labour Act.

“The purported grandfathering arrangement infringes the human rights of plaintiffs by affecting their right to work,” it said, and accordingly urged the court to restrain the defendants from further engaging in the illegality. 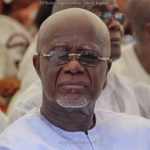 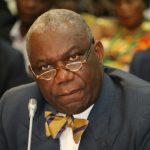