The Member of Parliament for Ablekuma South, Fritz Baffour has described as disturbing the various arms and ammunition that have been impounded recently by the security agencies.

A vehicle with over one million packs of short cartridges or bullets were impounded by custom officials at the Aflao border in the Volta region on Monday.

This arrest comes few weeks after the Manhyia Divisional Police Command in the Ashanti region retrieved guns with ammunitions from a house at Alabar, a suburb of Kumasi.

According to media reports, the Police upon a tip off stormed the house and arrested the individuals in charge of the weapons.

Speaking to host of Morning Starr Nii Arday Clegg Tuesday, Hon. Baffour asked the security agencies to be on high alert and trace the source of the ammunition being imported into the country.

“The kind of weaponry that have gone into the hands of the civil population that have been uncovered, we have to do real investigations into them.

“Why do we have a million bullets coming into the country, was it for transit going somewhere else or going to be used in this country…so we have to find out the source and know where it is coming from, so it does disturb me…we should be disturbed.

Mr. Baffour, however, warned that Ghanaians and politicians must guard against politicizing the arms that have been impounded by the security agencies. 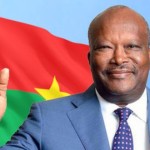